The whole world is mourning over Steve Jobs death who died fighting Pancreatic Cancer on 5th October’2011 at the age of 56. This was one man who changed the way people interacted with technology. He changed the way we shared music, watched movies, communicated with the world and used computer. His vision made computers more accessible to people. Being the kind of a person he was, he was a mentor and idol for many. So it’s really heart-breaking to come across such a loss.

Apple has set up a link on their page which says –

It was only a couple of months back when Jobs had announced his resignation. It was quite clear to the world then itself that Jobs is losing the fight with the cancer now. So yes, the news does not come as surprise but it does not come as depressing. Jobs was not just a visionary and innovator but a great presenter as well. Just a few days back I was hoping that he will reveal the iPhone 5 in his own amazing way but sadly now that’s not possible.

A lot of people are on the roads with their iPads, iPhones to show their support and honor the man. The folks at Gizmodo have made a tribute video which is worth a watch. Would just like to add that – “Steve Jobs, we will miss you! May your soul rest in peace.” Cheers to the man!!

Piyush Agarwal
Piyush Agarwal is a part-time freelance webdesigner who loves to play with design and the web around. You can check out his designs on Technix Designs. He is also into Theatre and Photography.
http://www.piyushagarwal.com

Check out the best free learning apps for kids and preeschoolers in India that make digit education easy.

It’s been only a few hours since Google released its relatively new feature +1 (plus one) for the entire web. Where most people are calling it an answer to the Facebook LIKE button but whether Google will be able to beat Facebook in this war is a question we will leave it for the future. […]

eWebBuddy was launched on 1st December’2008 in  a star-studded event. 🙂 Its been almost 3 years and people who have been around the site long enough must have noticed the infrequent posts and minor tweaks in the design. Where I did try to add features and test various options all these years, I did not […] 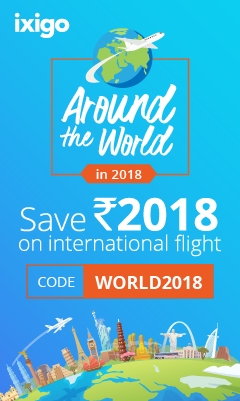